BladeRunnerJS (BRJS) v0.12 represents the first release that contains some significant improvements that are focused on making it much easier for everybody to get started using BRJS.

The application structure is now much more intuitive for developers coming from apps with more traditional web app structures. You can also now build and deploy your BRJS app as static files to the directory of your choice making it easy to deploy on any platform. API reference docs are now available. And we've published a Using AngularJS with BRJS tutorial showing one way of using AngularJS within a BladeRunnerJS app.

Last - but certainly not least - we're running a free How to Build Front-End Web Apps that Scale workshop in London on Wednesday 10th September. Register now while there are still places left.

When you create a new BRJS application the structure now looks as follows:

We hope that the majority of this is now actually quite self explanitory and that it will help others get started much faster.

This won't affect any existing applications and as your app becomes more complex you may want to start taking advantage of features such as bladesets and aspects.

You can now use the build-app <app-name> <path> command to build your application as static files. This has actually been around for a little while but we've made some tweaks that make it easier to use.

Here are a few examples of building and deploying an app to different hosting services:

Any many, many more.

We've published JavaScript API docs that provides information on the JavaScript objects that are available within a BRJS application runtime.

You can now generate JSDocs for your own application via the ./brjs jsdoc <app-name> command.

The Java API Docs have also been published for those that are interested in writing plugins or getting involved in looking at the toolkit core codebase.

You can now reference full list of API docs as well as the normal BladeRunnerJS docs when using or extending BRJS. 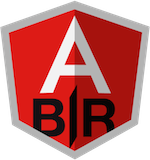 For quite a while now we've spoken about it being possible to use any framework/library (e.g. Backbone, Angular, Ember, React, Polymer) within a BladeRunnerJS (BRJS) app. Angular is by far the most popular front-end framework right now so it makes sense to demonstrate how to use it with BRJS first.

So, go checkout the Using AngularJS with BladeRunnerJS tutorial.

If you are in or around London on Wednesday 10th September why not head to our London HQ at 6pm for a workshop? We'll split into teams and "companies" who will collaborate on building complex front-end web applications using BladeRunnerJS. It will also be an opportunity to meet up with others who are building large scale JavaScript apps, work with them and chat over food and drink.

You can find out much more and register on the How to Build Front-End Web Apps that Scale using BladeRunnerJS event page.

The full release notes for v0.12 are also available.